Mr. Siddiqui is one of Pakistan’s senior most civil servants and an eminent educationist. He has held many senior positions with the Government of Pakistan.

He has served in the Tax department in various capacities including the Commissioner of Income Tax. He served the Provincial Governments as Secretary Education, Finance and Service and General Administration Departments.

He is the Chairman of Sindh Madrasah Board and Quaid-e-Azam Public School. He is also a permanent member of Search Committee for Vice Chancellors, Registrar, Finance Directors and Controllers of Examination of all Public Sector Universities in Sindh

Ms. Sultana Siddiqui started her career as a producer for PTV, Karachi Studios in 1974 and founded HUM Network (one of the top 25 Companies acknowledged by the Pakistan Stock Exchange in 2010) in 2005. Since then, she has been credited as the first woman of South Asia to establish a Television Network and is the recipient of many National and International Awards. Under her supervision, HUM TV’s Serials received numerous awards for Dramas by Pakistan’s prestigious Lux Awards, four years in a row..

Ms. Siddiqui’s forte and personal passion has always been dedicated to bringing public awareness to social issues, such as female empowerment, and the importance of promoting education. Her emphasis on these topics have in turn, created a more positive global image of Pakistan. She has also represented Pakistan in various workshops and seminars abroad and has worked with reputable NGOs to solve women’s issues.

In 1996, Ms. Siddiqui founded a Production House under the name of “Moomal Productions.” Since its establishment, the company’s plays have received numerous awards. In 2004, she created “Eye Television Network Ltd” now (HUM Network Ltd) as Chairman and President which spawned three successful Satellite Channels: HUMTV, Masala TV and HUM SITARAY. In recognition of her outstanding services in the field of Art (TV Production) the President of the Islamic Republic of Pakistan conferred the President Award of “Pride of Performance” to her in 2008. Ms. Siddiqui was awarded honorary degree of Doctor of Mass Communication from the prestigious Greenwich University in 2015.

Mr. Qureshi was the Chief Executive of Moomal Productions Private Limited, one of the leading production houses in Pakistan which is producing for private channels and PTV.

He was also the Founder Executive of Eye Entertainment, one of the most successful media marketing companies in Pakistan. Mr. Qureshi also started Advanced Media Marketing as a partnership firm to be the one of the largest advertising revenuegenerating firms for television in Pakistan from the programs it marketed. He also acted as Resident Director / Chief Operating Officer of Al-Abbas Sugar Mill Ltd.

Mr. Qureshi completed his Masters in Business Administration from Lahore University of Management Sciences in 1997 and also completed an advance management program from Harvard Business School in 2009, and had working experience at Citibank N.A., and Bank of America.

Mr. Shunaid Qureshi is one of the most prominent industrialists of Pakistan. He is currently the C.E.O/Managing Director of Al-Abbas Sugar Mills public Ltd., Chairman of Falcon-I(Pvt.) Ltd. and Director of Javedan Cement Company Ltd.

A fourth generation soldier, Lt General (Retd) Asif Yasin Malik joined the Pakistan Army in 1973 as an infantry officer. He has undergone one year training in Germany and served in Saudi Arabia for two years. The general has been the Brigade Major(S-3) of an infantry brigade, GSO-1 Operations and Chief of Staff of a Strike Corps. He commanded two Anti Tank battalions, an Infantry brigade and a Strike Infantry Division apart from being on the faculty of Command and Staff College. He has also acted in a joint capacity by serving as the Director General Joint Intelligence and Information Operations in The Joint Staff Headquarters and a Director General in Inter Services Intelligence. His last assignment was the command of 11 Corps, one of the largest corps ever, comprising of over 150,000 troops spearheading the stabilizing operations in FATA and KP. He completed his service and retired from active duty in Dec 11. He was appointed as Secretary of Defense in July 2012 and completed his tenure in July 2014.

The General is a graduate of Pakistan Army Command and Staff College, has done his Masters from National Defense University Islamabad and also has a Masters degree in Strategic Resource Management from National Defense University, Washington, DC. While at the NDU Washington DC he was the Class President of the International Fellows. He was bestowed the privilege of gracing the NDU’s Alumni Hall of Fame in 2013, the first Pakistani to have this honour.

Mr. Sohail Ansar is a veteran of the media and marketing world. He started off his career with Unilever Pakistan where he worked across verticals of Brand, Trade, Media and an offshore assignment with Unilever, London Office. He provided his services as Marketing Services Manager, International brand manager, Product group manager, Business development manager and Regional sales manager. In 2003, he took charge of Mindshare Pakistan as a CEO. With his strong business acumen and hard work he took the group to great heights and launched Maxus and MEC Pakistan which led to the inception of GroupM Pakistan in 2006. 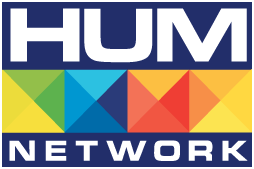